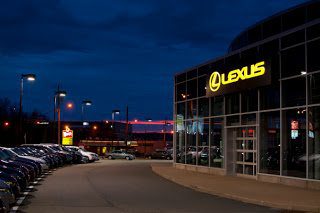 The U.S. auto market fell markedly in May 2011 after huge year-over-year growth earlier this year, but blame shouldn’t necessarily be thrown down at the feet of vehicle manufacturers. Most automakers lowered incentives. All automakers battled high fuel prices. Huge swathes of the nation struggled to keep their homes afloat amidst natural disasters. And Japanese automakers finally began to suffer a loss of market share as a result of Japan’s earthquake-sourced disasters. By times, Japan’s problems have had an impact on the supply of American and European vehicles, as well.

As a brand, Ford led the way in May with over 180,000 sales and a slight increase. The Ford Motor Company did, however, lose 9128 Mercury sales from May 2010. General Motors, despite losses at Chevrolet, out-sold Ford/Lincoln by 26,663 sales. On the whole, General Motors was down narrowly, but Buick and GMC posted nice gains.

Eight Japanese automakers are in the red in the U.S. Auto Sales By Brand list below. Toyota’s 33% decline from May 2010’s 136,485 sales was the worst drop in terms of overall volume. Toyota’s Lexus premium brand plummeted even deeper, down 45%, as it fell behind BMW, America’s best-selling luxury brand in May, and Mercedes-Benz. Buick was ahead of Lexus in May and is up on its assumed rival by nearly 1500 units year-to-date.

No automaker enjoyed year-over-year gains more than Saab. Bentley was up 69%. Among more mainstream brands, Mitsubishi improved by 60%, Volvo nearly that much, and Jeep climbed 55%. Get the details in the table, where you’ll also find important year-to-date data for the first five months of 2011.