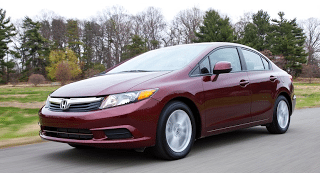 Of all the mainstream, non-premium brands attempting to sell cars – at least the cars they have on dealer lots – in July 2011, none suffered a year-over-year decline worse than Honda’s 28.5% drop. Just so you can understand the gravity of a Honda dealership’s situation last month, consider the plunges of Honda’s Civic (down 39.7%) and Accord (down 27.9%). Ridgeline sales, no kidding, were down 76.1%. Oh, there were reasons for all of this, but that wouldn’t make it any easier on a sales consultant who was accustomed to selling his share of 100,000 cars only to see nearly 30,000 of those sales disappear.

But it was awfully rough some other automakers last month, as well. We’re accustomed to seeing grave declines at smart, and a Saab or Suzuki or Scion drop isn’t all that surprising, either. But Jaguar sales slid a drastic 35.1%. Japanese luxury? All three brands were under par with 21.8%, 27.8%, and 24.1% declines for Lexus, Acura, and Infiniti, respectively.

So where is the news better in this U.S. Auto Sales By Brand post for July 2011? The domestics fared just fine, thanks, at least in comparison to July 2010. Ford was up 12.7% despite lower F-Series sales. General Motors was up 7.6% as a whole, but every Cadillac model posted lower sales this July than last. The Chrysler Group was way up, too, but 45% of the group’s gains came from models which weren’t on sale in the United States last year: Fiat’s 500 and the Dodge Durango. Admittedly, Jeep was the most-improved mainstream automaker out there, up 45.1%. (Bentley sales nearly tripled.)

Is the overall news good? No, the automotive market was barely better than level in July 2011, up by fewer than 10,000 sales according to Automotive News. At the end of June, the overall new vehicle market had risen 7% year-over-year. America’s debt crisis, lingering unemployment, and lackluster consumer confidence kept many potential car buyers in the potential category. They’re still driving their old car.