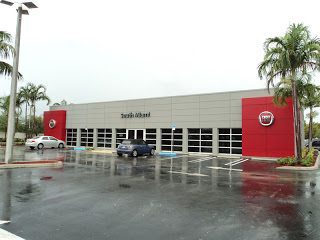 Significant year-over-year sales increases were expected in January 2012, and sales releases did not disappoint. Early results had Chrysler Group LLC reporting its 22nd consecutive month of year-over-year gains. Hyundai sales were up 15%. All four General Motors brands were down in January, and Lincoln also failed to put up respectable numbers, but Ford improved 8%.

As the numbers continued to pour in, the picture became clearer. Kia did its usual thing, a 28% increase is nothing to sneeze at. But Kia wasn’t the industry pacesetter in January. Mazda sales jumped 68%m Volkswagen jumped 48%, Jeep climbed 37%, and Chrysler – yes, that Chrysler, the one with three models – posted an 81% boost over January 2011 numbers.

Niche brands like Bentley, Maserati, smart, and Land Rover also reported huge gains. By units, these amount to very little difference when the industry is viewed as a whole. But the Chrysler Group’s 31,031 extra sales, only 1911 of which can be attributed to the Fiat 500 which wasn’t on sale in America last January, played a huge role. The Ford Motor Company 9313 extra sales nearly undid the damage done by GM’s fall, a 10,935-unit fall.

The 30 Best-Selling Vehicles In America In January 2012

The 11.4% improvement in the auto industry in January 2012 is notable for more than what it did for Kia, Chrysler, and Volkswagen salesmen. The seasonally adjusted annual sales rate climbed to 14.2 million. That’s nothing compared with 2002’s 16.8 million sales, but it’s some way better than 2011’s 12.8 million and a huge improvement on 2009’s 10.4 million.

The news gets better. We also found out that automakers made more money on each and every automobile they sold in January. Barclays Capital said that incentives on GM vehicles dropped 21% from January 2011 along with a drop of 10% at Chrysler and 17% at Toyota.

Stick with GoodCarBadCar.net throughout the day for best seller lists, then follow along throughout the month for segment by segment breakdowns. You can always find detailed sales figures for any model on sale in North America by accessing the dropdown menu at the top right of this page.