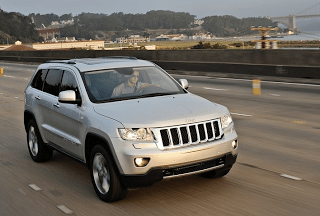 32 automobile manufacturers reported improved sales in February 2012 as the U.S. market surged forth with a massive year-over-year increase for the second consecutive month. The new vehicle market in America was up 11% in January. February sales of nearly 1.15 million produced a 15% improvement. Indeed, America’s most popular automaker, Ford, was up nearly that much, accounting for more than 20,000 of the extra sales. Through the end of February, Ford sales reached 302,905 vehicles in the United States.

The greatest year-over-year gain reported in February belongs to Chrysler’s 114% jump. The Chrysler brand has doubled its two-month total from early 2011. The worst drop was reported by Mitsubishi. Its 31% decline has a great deal to do with losing models, just as Cadillac’s 27% slide relates to the restrictions of its current three-model-lineup.

Overall, the lack of red font in the rankings below speaks well of the American economy, specifically the apparent unwavering desire of American consumers to own new vehicles amidst rising fuel prices and the kind of reliability that has them keeping cars longer than ever before. BMW was the best-selling premium brand with gains better than 29%. Despite the car-like qualities of the Compass and Patriot, Jeep is still an SUV brand, and sales jumped 30% to 37,312. GMC, a truck brand, sold 32,581 vehicles, a negligible increase. And sales of America’s favourite vehicle, the Ford F-Series, rose 26% to 47,273.

Consumer confidence appears to be back. The rankings for every automotive brand competing in America are below with February and year-to-date data. Over the course of the coming hours and days you’ll find best seller lists in this space and, by accessing the dropdown menu in the top right of this page, updated monthly and year-to-date data for every nameplate currently on sale in America.