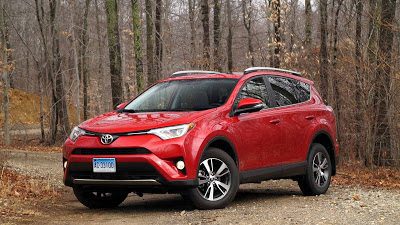 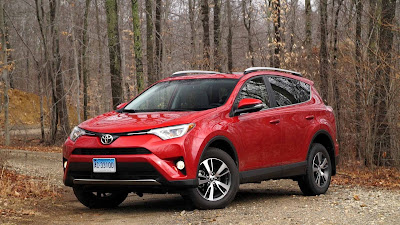 The big three US automakers all saw drops in sales again in July, as the slump in the US auto market continues. Toyota Motor Corporation overtook Ford to take second place behind General Motors for most vehicles sold in the US for July 2017 in a difficult month for Detroit and the US market as a whole.
Only Volkswagen Group and Jaguar Land Rover are ahead in terms of sales to date this year when compared with the same period in 2016, with the latter launching new models under both its Jaguar and Land Rover brands in the past month; the Range Rover Velar entering the midsize luxury SUV space and the Jaguar E-Pace compact crossover, which barrel-rolled into the public conciousness in mid-July. 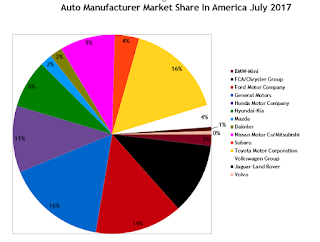 Luxury Japanese brands Infiniti and Lexus both saw sales increases when compared with July 2016, though Lexus still lags behind its year to date total by almost 10%.
Alfa Romeo’s good run of fortune continued throughout July 2017, a trend which may well be bolstered by the introduction of its Stelvio SUV, which promises class-leading performance in an increasingly crowded segment of smartened and speedy high-riding crossovers.

If you don’t wish to see automakers arranged alphabetically, click column headers to sort automakers by March sales, year-over-year change, year-to-date totals, or any other order. Best seller lists for cars, trucks, and SUVs will be added later this afternoon. In the coming days, GCBC will also publish a complete list of year-to-date sales for every single vehicle line, a list which includes brand results. (Check out the 2016 version here.) You can always find historical monthly and yearly sales figures for any brand by clicking the brand name in the table below or by selecting a make (or model) at GCBC’s Sales Stats page.


Click column headers to sort by specific categories. Using the mobile version of GoodCarBadCar? Thumb across the table for full-width visibility or switch to the web version at the bottom of the page, at which point columns will be sortable. June 2017 • July 2016
Updated 8/1 at 8:28 PM EST