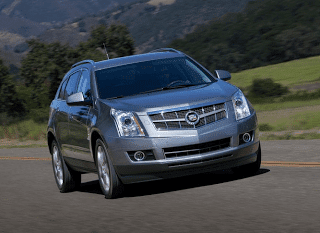 45.8% of the 1,334,642 new vehicles sold in the United States in May 2012 were Ford Motor Company, Chrysler Group, or General Motors products. That’s up from the 45.1% achieved by these three auto manufacturers in April but down from the 49.7% Detroit enjoyed in May 2011 when the biggest Japanese automakers were having terrible earthquake and tsunami-inflicted supply issues.

Given Detroit’s year-over-year decline, it’s not surprising to see huge year-over-year market share increases from Toyota and Honda. Toyota was up five percentage points from May 2011; Honda moved up 1.5 percentage points. Like General Motors, Ford, and Chrysler, Hyundai-Kia also fell back from May 2011’s strong 10.1% market share. Nissan did, as well.

There’s good news all around, however. Nearly every auto brand with cars on sale in the United States sold a significantly greater number of cars this May than last. Only Cadillac, Lincoln, Volvo, Mitsubishi, and Bentley posted year-over-year volume declines. FoMoCo, which saw its market share slide from 18% in May 2011 to 16.2% in May 2012, actually sold 24,170 more vehicles than at this time last year. General Motors lost more than two percentage points of market share yet sold 24,064 more new vehicles.

You can see each and every brand on sale in America ranked by total volume here. Historical monthly and yearly sales figures for individual models can always be accessed through the dropdown at the top right of this page or at GoodCarBadCar’s Sales Stats home. America’s 20 best-selling vehicles accounted for 40.3% of the market.