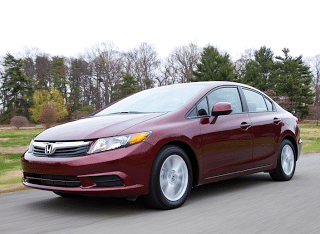 GM still sold more vehicles in January 2012 than any other auto group competing for consumer attention in the United States. With Lincoln’s assistance, the parent company of America’s best-selling brand, Ford, registered a market share figure of 14.9% in January, down from 16.8% just a month ago. The Chrysler Group owned 8.6% of the American new vehicle market in 2011 then climbed to 11.1% in the first month of 2012. Chrysler sales were up 81% compared with January 2011, Dodge and Ram combined for a 34% year-over-year boost, and Jeep posted a 37% increase.

Among import nameplates, the most significant changes from December came from American Honda (up from 8.5% to 9.1%), Hyundai and Kia (up one percentage point to 8.6%), Nissan USA (up more than half a point to 8.7%), and Toyota USA (up to 14.3% from 13.6%). When you consider that, Ford Motor Company and General Motors were at 16.8% and 18.8%, respectively, it’s quite clear that, between the end of 2011 and the beginning of January 2012, import nameplates stole sales from the two biggest American manufacturers. How did this happen? Consider the example of Honda’s compact car. Even as the market decreased 27% from December, Honda Civic sales increased 6.5% to 21,883.

Links to other editions of this post can be clicked below the market share chart, a chart which is expandable with a click. Use the dropdown menu at the top right of this page to find monthly and yearly sales figures for every model currently on sale in North America. And check the headlines on the right side of this page for links to January’s lists of America’s best-selling cars, SUVs, and trucks.