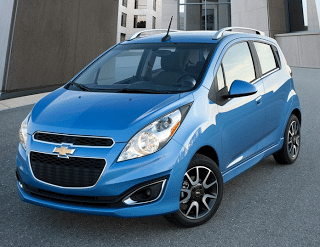 As an organization, General Motors sales were up a scant 1.1% in the United States in February 2012. The market, as a whole, improved at a rate of 15.7%. GM was far from average in terms of growth, then, but no automobile manufacturer sold more vehicles this February.

The three largest Japanese manufacturers – Toyota, Honda, and Nissan – were respectively down a bit, up half a percentage point, and down half a percentage point compared with January. Volkswagen moved up from 3.6% to 4.3%. The Hyundai/Kia tandem reported collective year-over-year volume gains of 26%. In terms of month-to-month market share movement, Hyundai/Kia fell back from 8.6% to 8.4%.

For a look at U.S. volume numbers, both February’s and the year-to-date figures, along with the year-over-year changes, check out GoodCarBadCar.net’s U.S. Auto Sales By Brand post. January 2012’s version of this market share pie chart can be viewed here, or you can flip back a whole year to the February 2011 edition.