For the first time since December of last year, the Lexus RX won the monthly title of America’s best-selling premium brand vehicle. In May 2012, BMW 3-Series sales slid 22% as supply of the new sedan was tight (Cars.com currently lists approximately three times as many 5-Series sedans as new F30 3-Series sedans in U.S. inventory) and the Mercedes-Benz C-Class’s 35% increase simply wasn’t enough to overcome the hot-selling RX. 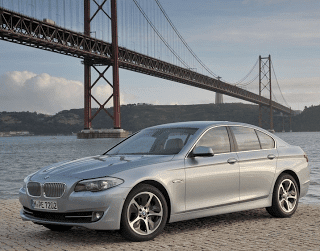 Cadillac’s two top sellers ranked sixth and seventh in April. Those same two vehicles, the CTS and SRX, finished May behind seven other premium vehicles. May 2012 was the worst SRX sales month since June 2010, although sales slid by just ten units compared with May of last year. Cadillac’s other entry, the Escalade, tied its Mercedes-Benz rival at the 28th position. Lincoln’s best seller finished May in 21st. Audi, which landed the A4 in 12th spot last month, let its core sedan slide to 15th in May. Audi was America’s third-best-selling premium brand in March but fell behind third-ranked Acura in April and May. 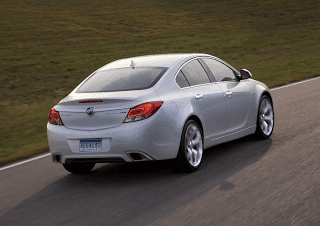 No, GoodCarBadCar isn’t yet prepared to consider Buick a luxury brand, although it’s not hard to see why some GM fans would consider Buick as high-end as Volvo or Acura. For the record, Buick sold 6709 Enclaves in May 2012, enough to make it the second-best-selling premium vehicle in America… if you consider the Enclave (a favoured and recommended vehicle here at GCBC Towers) a premium vehicle.

Given the likelihood that most Hyundai Genesis sales are of the coupe variety, you can feel free to toss the tenth-best-selling Hyundai from this list, too. That would allow entry for the Lexus CT200h, sales of which jumped 241% to 1549 in May. Audi sold 1264 A5 and S5 coupes and cabriolets. Chevrolet sold 1219 Corvettes. Americans acquired 1197 Range Rover Sports, 1174 Porsche Cayennes and 1169 BMW 7-Series luxo-limos. Lincoln MKS sales rose 24% to 1128. Sales of the Mercedes-Benz S-Class hit 1022. All other premium nameplates failed to find more than 1000 buyers.

Historical monthly and yearly sales figures for these high-class automobiles and every other vehicle on sale can be accessed through the first dropdown menu at GoodCarBadCar’s Sales Stats home or at the top right of this page. Other pertinent links are eligible for clicking at the bottom of this post, after you’ve scanned this list of the 30 best-selling luxury vehicles in America in May 2012.