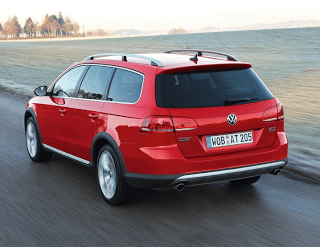 Not mentioned in the table below because of lower October 2012 UK sales results are the Mercedes-Benz C-Class and Fiat 500. Respectively, they are the United Kingdom’s ninth and tenth-best-selling cars through the first ten months of 2012. The C-Class trails the Volkswagen Polo by 4512 units; the Fiat 500 trails the C-Class Benz by 3212 units.

At the top of the heap sits the still-surging Ford Fiesta. The SMMT says UK new vehicle sales are up 5% this year, but Fiesta sales have risen 14.6%. Vauxhall’s Corsa sales growth has also outperformed the industry with a 17.1% gain, though Corsa sales slid slightly in October 2012.

No car recorded a better year-over-year improvement last month than the Vauxhall Corsa, sales of which jumped 38.3%. Astra sales remain off last year’s pace, but October still stands as a bright spot. Sales of the Nissan Qashqai were up 27.9% in October and, among industry leaders, the Qashqai’s year-over-year growth through ten months is tops.

Both the Volkswagen Golf and Polo reported drops in October; both cars are down year-to-date, as well. Overall, however, the Volkswagen brand was up 11.3% in October and is up 3% this year. Ford remains the United Kingdom’s best-selling brand, outselling Vauxhall by more than 47,000 sales and Volkswagen by nearly 85,000 sales, but the Blue Oval goes it alone. Volkswagen has in its fold a stable of brands, including the UK’s fourth-best-selling brand, Audi. UK auto sales brand rankings for October and YTD will be published on GoodCarBadCar in the coming hours.

For now, get to know these 10 best sellers, 70% of which are available in some form on this side of the Atlantic.