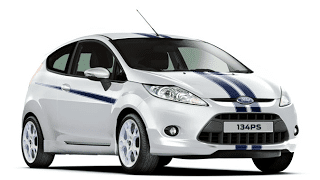 Ever since March the Ford Fiesta has been the most popular car in the United Kingdom. That’s not surprising, given how the Ford Fiesta ended 2010 as the best-selling car in the UK. In September 2011, the Fiesta’s lead over its big brother, the Focus, was 893-units strong.

Year-to-date, the Fiesta is ahead of the Focus by more than 9500 sales. 20% of the Fiesta’s sales this year came about in September, an immensely popular month for buying cars Across The Pond.

There are only six automakers represented in this list of the UK’s top-selling cars. The three Vauxhalls represent 86% of all Vauxhalls sold in September 2011, despite forming only 43% of the brand’s lineup. 78% of Volkswagen UK’s September sales can be found in this Best Sellers table. There are 12 conventional Nissan nameplates on the market in the United Kingdom; 40% of Nissan’s sales this year came from one model, September’s 10th-best-selling vehicle, the Qashqai.

Even more astounding is the dominance achieved by this group when compared against the rest of the market. 30.4% of all new vehicle sales in the UK last month are represented by the ten vehicles in the table below. The Fiesta is basically America’s Ford F-Series: 4.7% of all UK sales in September were Fiestas, a figure that’s comparable to the F-Series’ 5.1% U.S. market share.

These are the Top 10 Best-Selling Cars In The United Kingdom from September 2011. Check out August’s list here.