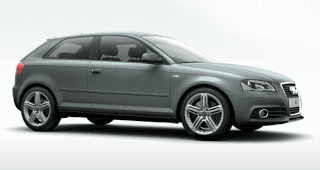 The UK new car market enjoyed a very slight burst of optimism in January 2012 as volume increased 0.03% compared with January 2012. In terms of Britain’s favourite vehicles, however, many were significantly less popular this year than last.

The United Kingdom’s best-selling car in January was the Ford Fiesta, and it certainly was not less popular this year than last.

This strange downward fluctuations aren’t such a strange occurrence in the United Kingdom new vehicle market. Volume is small and thus prone to serious swings. Nevertheless, the vehicles ranked second through sixth on this list of the UK’s ten best-selling cars – and that’s half the list – posted year-over-year declines averaging 15%. Collectively, those five vehicles reported a 17.3% drop.

GoodCarBadCar.net does not possess an in-house UK auto market expert, so we’ll leave you to the numbers. One interesting fact: 53.7% of all new vehicles sold were fitted with diesel engines, up from 50.5% in January 2011. Check out brand-by-brand rankings for the UK car market’s January 2012 performance here. For now, check out the top 10 best-selling cars in the United Kingdom for January 2012 before examining, for context’s sake, previous versions through the links below the table.