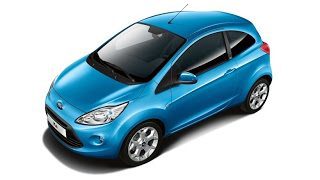 The SMMT says Britain’s new car market grew 3.3% in April 2012. Year-to-date, new vehicle sales in the United Kingdom are up 1.4%. The best news from April relates to private non-fleet registrations which jumped nearly 15%.

Irregular though the growth may have been, there’s nothing out of the ordinary about the best-selling car in the United Kingdom. The Ford Fiesta was the best-selling car in the UK for the third time in four tries this year. Sales jumped 30% in April 2012. Overall Ford sales increased 12% year-over-year. The Fiesta and third-best-selling Focus accounted for seven out of every ten Ford UK sales in the first four months of 2012.

There’s nothing odd about seeing the BMW 3-Series on a list of the UK’s most popular cars. But in fifth place? The 3-Series was more popular than the Volkswagen Golf in April. American car buyers wouldn’t be shocked by this: the 3-Series outsold the Golf by 5127 units in April, the best Golf sales period in at least the last 28 months. In the UK, however, where the Golf is often a candidate for a podium finish, sales of VW UK’s top seller slid 28% in April while the top-selling BMW jumped 19%.

We’re not attempting to indicate that these cars are direct rivals, only that the market structure is seemingly set up to make life difficult for the Fiat in America. April sales numbers tell us that the Focus was twice as popular as the 500 in the United Kingdom but in the U.S, the Focus was five times as popular as the Fiat. And the Focus is not at all close to being America’s top-selling vehicle.

The top 10 best-selling cars in the United Kingdom are posted in the table below.