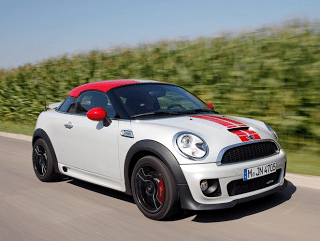 The United Kingdom’s favourite premium brand was BMW, sales of which fell 5.7% in November. Audi now trails BMW by 1620 sales with one month remaining. Mercedes-Benz is more than 30,000 sales back of Audi.

North Americans aren’t accustomed to seeing Mini, a brand known to have niche appeal on this side of the Atlantic, ahead of companies like Honda, Kia, and Hyundai. Moreover, we’re not accustomed to seeing Kia with more sales than Hyundai, though that’s not the case in the year-to-date standings. Land Rover was Britain’s fourth-best-selling premium brand in November. In the United States, Land Rover ranked tenth among luxury automakers in total volume as Land Rover USA barely managed more sales than Land Rover UK despite the fact that the American new vehicle market was 7.4 times the size of the British market. Jaguar-Land Rover market share was 3% in the United Kingdom in November, up from 2.8% in October.

Aside from bit players like Ssangyong and Chrysler, no automaker competing in the UK posted a greater year-over-year gain than Lexus, sales of which jumped 146% in November. Mini sales were up 41.5%. Saab sales plunged 96% in November, Mazda was down 53%, Lotus dropped 51.3%, and Fiat’s Abarth division slid 47.7% to just 57 sales. Year-to-date Infiniti sales are up 85.1% – from next to nothing – and Alfa Romeo sales have risen 41.2% compared with January-November 2010. Proton, Ssangyong, Lotus, smart, Mazda, Renault, Subaru, Perodua, and Fiat are all down at least 20% from 2010 sales levels.

Last month’s edition of this UK auto sales by brand post can be viewed here. Below you’ll find total November 2011 volume, the percentage change from November 2010, and January-November numbers for 43 automobile manufacturers fighting for sales in the stingy UK car market.