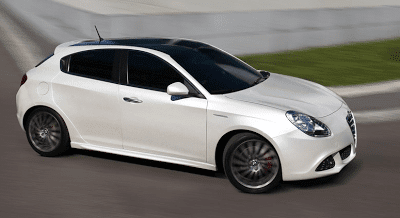 Ford sold more cars in the United Kingdom than any other automobile brand in July 2011. Blue Oval sales were in decline, however, and the same was true at Vauxhall, the UK’s second-ranked brand. Volkswagen sales were up 8.6%. Scroll through the ranks and you’ll arrive at Kia before you see Hyundai. The parent brand has out-sold Kia by 3766 units in the first seven months but Korean victory on the UK belonged to the underling in July.

The overall UK car market declined 3.5% in July, said SMMT’s chief, Paul Everitt. Falling car sales Across The Pond have been reflecting artificial volumes from the government’s scrappage scheme. July’s decline, however, is more easily traced back to a lackluster economy.

BMW was the United Kingdom’s best-selling luxury brand in July; Audi remains on top (narrowly) year-to-date. What “luxury” means in a market where an Audi can be had for £13,420 (£2135 less than a basic Ford Focus) I can not say.

The greatest year-over-year gain was reported by Jeep, up 97.2%. Among competitive brands, Audi, Alfa Romeo, and Suzuki were all up at least 30%. Ssangyong went from 10 sales in July 2010 to zero in July 2011. Daihatsu slid 83.3%. Again, among competitive brands, Porsche and Mazda’s 45.5% and 44.2% declines were tough to handle. 29 of the 43 brands displayed in the July 2011 edition of GCBC’s UK Auto Sales By Brand table below reported lower sales this July than last. The Good Car Guy will cover the UK’s Top 10 Best-Selling Cars later today, after which a market share chart examining the overall impact of respective auto conglomerates will be published.