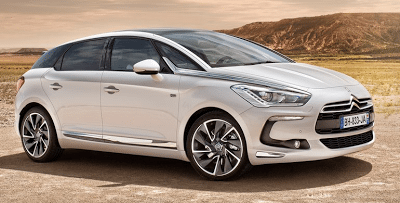 21 out of 43 car companies competing for sales in the United Kingdom suffered declining sales in August 2011. The overall market, however, was up 7.3% as the five most popular automakers found more buyers this August than last. Ford led the way with 8552 sales (+18%). BMW was the UK’s best-selling premium brand with 3873 sales, just 99 ahead of Audi.

Apart from drastic declines and great gains made by brands which sell fewer than 100 vehicles per month in the United Kingdom, the best improvements in August were put up by Chevrolet, Mini, Alfa Romeo, and Porsche. On the flip side, Dodge and Daihatsu sales fell from 18 and 3, respectively, to zero. Ssangyong sales very nearly went poof. Lotus was down 55%. Renault, for a reason hopefully not related to the disappearance of desirability, slid 44%. That was enough to take the French brand back to 14th spot, behind three automakers which it leads in year-to-date terms.

Half of all Nissan UK sales in August were Qashqais. The Focus and Fiesta accounted for 71% of all Ford sales. 65% of Vauxhall’s volume can be found by looking at Corsa and Astra sales. Outside of the Golf, Passat, and Polo there were only 1250 Volkswagen sales left for the Beetle, Eos, Fox, Jetta, Phaeton, Scirocco, Sharan, Tiguan,Touran, and Touareg to share.

In other words, residents of the United Kingdom have a group of favourite cars and they stick with’em. Precisely one-third of all new vehicles acquired in the UK last month were from the list of Top 10 Best-Selling Cars. That list will be published momentarily. For now, August 2011’s UK Auto Sales By Brand report can be viewed in the table below.