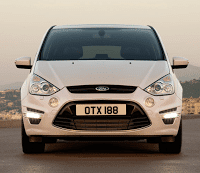 New Vehicle Market Share By Brand In The UK – July 2011

The UK’s July new car market results was already explored rather deeply earlier this morning, but this chart simplifies matters a great degree. Ford sales were down slightly year-over-year, yes, and it was the best-selling auto brand in the UK, true, but what was the Blue Oval’s impact coming from June into July?

Volkswagen’s share of the UK car market was 19.6% in June but that market share figure climbed two percentage points in July. General Motors – as represented by Vauxhall and Chevrolet – fell slightly from 13.6% to 13.1%. BMW/Mini fell back from 10% to 8%. PSA’s share of the market slid slightly, as did Fiat’s, Toyota’s, and Renault/Nissan’s. Hyundai and Kia moved forward. So did Jaguar/Land Rover. But back on topic, how ’bout Ford?

Up half a percentage point, Ford was in a fine position with 13.9% market share in the UK in July 2011. Nevertheless, it’s not hard to see why the Volkswagen Group grabs a greater percentage of all the United Kingdom’s new automobile sales. Ford is Ford. That’s it. There’s no Lincoln, no exoticar company, no valuable Czech subsidiary. As a lone mainstream auto brand, however, no other single entity comes close. Not in the United Kingdom, the United States, or Canada.