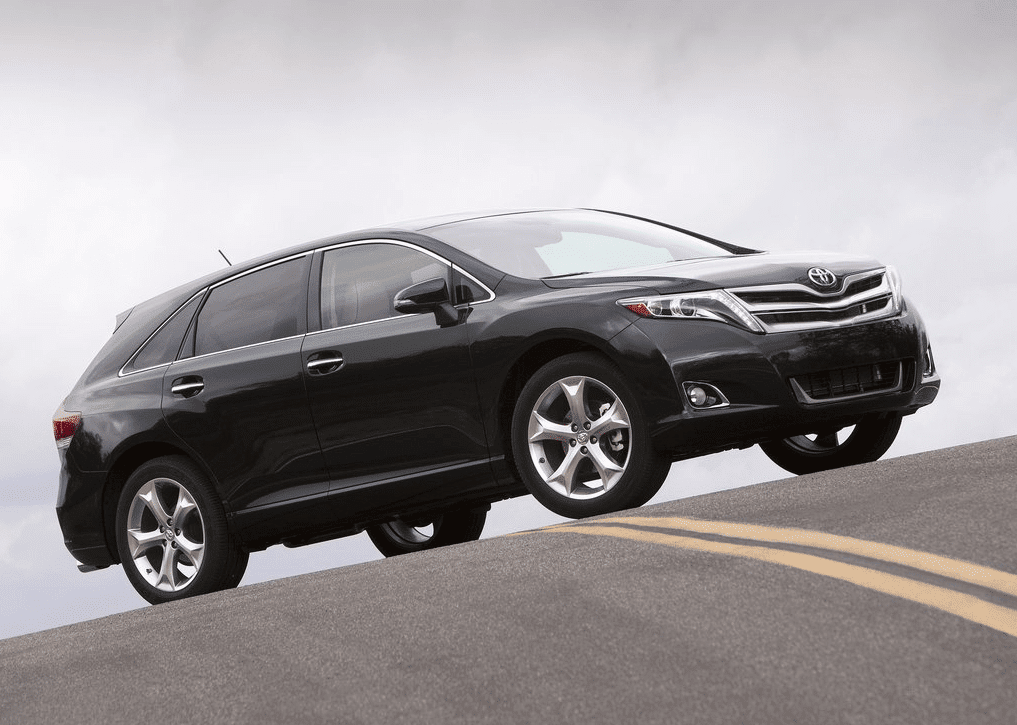 But Toyota’s announcement that the Venza will be discontinued follows U.S. sales declines in four of the last five years. Venza volume peaked in the model’s first full year at 54,410 units. Two years later, in 2011, Venza sales slid 28%. Last year, U.S. Venza volume was barely more than half what it was in 2009.

In a Toyota showroom chock-full of SUVs and crossovers – RAV4, Highlander, 4Runner, FJ Cruiser, Land Cruiser, Sequoia – and a close relation at Lexus, the RX, routinely outselling all premium SUV/CUV nameplates, the Venza was tasked with too great a challenge: carve out a niche for a brand which has all corners covered, but not too small a niche.

Meanwhile, the Camry continued to prove successful at generating sales activity in the mainstream, with increased sales in 2012, 2013, and 2014, all years in which Venza volume declined. 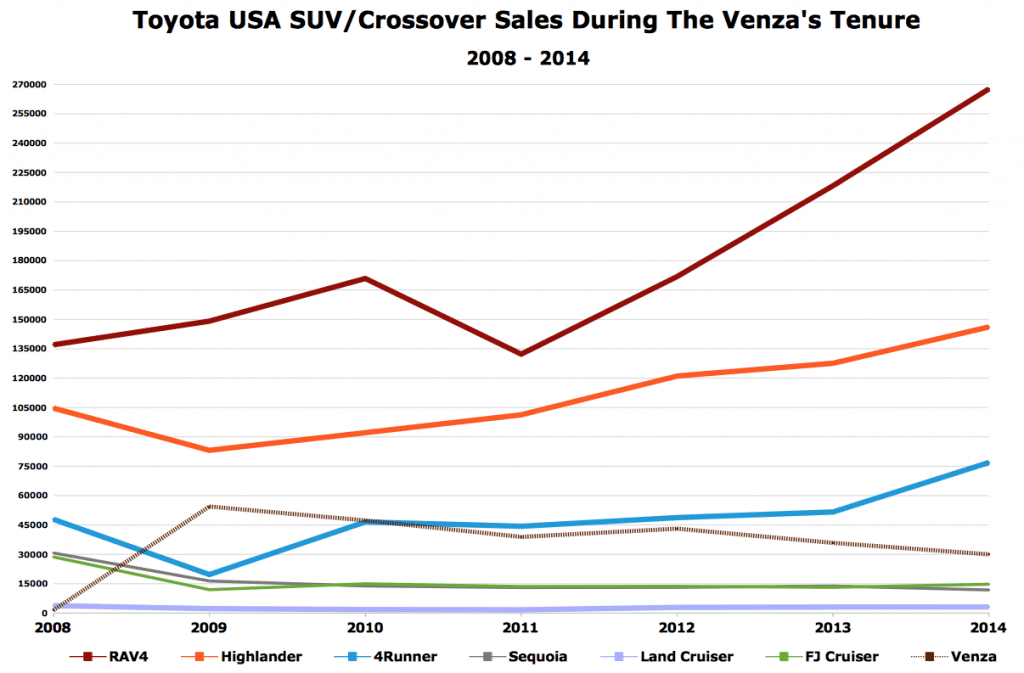 The Venza lacks the Highlander’s third row and, in recent times, operated with a base price 23% higher than the RAV4’s. The standard 2.7L, 181-horsepower inline-four is tasked with propelling 3800+ pounds. And while the Subaru Outback’s success leads many to believe that there’s room in a corridor between traditional cars and utility vehicles, the Venza and far less common (and similarly discontinued) Honda Crosstour consistently imply otherwise. (Other two-row utility vehicles like the Ford Edge and Nissan Murano sell far more often than the Venza.)

Aside from the car’s low U.S. sales volume, the cancellation of the Venza will open up greater production capacity for more popular vehicles built at the same Kentucky site, Toyota’s Avalon and Camry, the latter being America’s best-selling car.

But if the Venza had proven sufficiently popular, Toyota wouldn’t need to rely on the Highlander and RAV4 to generate the volume to make up for Venza losses. Aside from August 2009’s Cash For Clunkers-empowered 8435-unit performance, Toyota USA only sold more than 5000 Venzas in four different months: July, October, and December 2009 and March 2010. Average monthly volume since 2011 fell below 3100 units. On the other hand, Subaru sold more than 10,000 Outbacks per month during the same period.