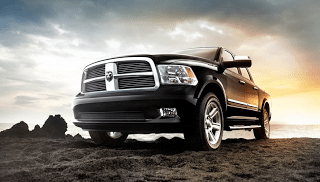 Combined, the Chevrolet Silverado and GMC Sierra were not as popular as the Dodge Ram in February 2012 in Canada. It was close. Quite close. But the General Motors twins missed out by 88 units.

The Dodge Ram, of course, was not the best-selling truck in Canada. That crown goes to the Ford F-Series, as it always does. F-Series sales jumped 20%, the best year-over-year gain of any truck in the top 5. Compared with the first two months of 2011, F-Series sales are up 21%.

The good news for the GM twins? February was much, much, much better than January. In January, you see, year-over-year volume was down 18% and 17% for the Sierra and Silverado, respectively. On the other hand, year-over-year, sales of the Sierra and Silverado were up 10% and 7% in February. Moreover, compared with January, Sierra sales rose 6% and Silverado sales improved 12%. The overall market was 10% stronger in February than in January, when measuring by the total number of new vehicles sold.

The five best-selling trucks in Canada in February 2012 are ranked below. There’ll be more info on pickup truck sales a few days from now when these five top sellers are slid in beside a bunch of other not terribly popular models. Sales data for these models and every other nameplate currently on sale can be found by digging through the dropdown menu at the top right of this page.