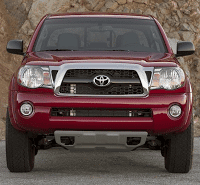 It hasn’t been so normal of late to see gains being made by Toyota products, but January was a different story for most Toyota Motor Corp. products. General Motors, on the other hand, reported year-over-year declines at all four brands. Most good news coming out of GM in January related to the company’s passenger cars. The Impala, Cruze, and Malibu fared better in January 2012 than a year prior. Moreover, they were America’s three-best-selling American cars. The Chevrolet Silverado and GMC Sierra hung on to their normal positions, second and fourth among pickup trucks, but slid noticeably, taking GM with them.

There’ll be more on pickup trucks in the coming days when GoodCarBadCar adds to this by tabling and charting every other pickup truck’s January 2012 performance. For now, take a good long look at this U.S. best-selling trucks list. It does a fairly good job at symbolizing January’s industry sales data. Always check the dropdown menu at the top right of this screen to access monthly and yearly sales data on any model currently on sale in North America.