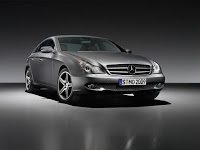 Toyota took the overall sales crown in America for 2008. Chevrolet beat out Ford for tops among American automakers competing in the U.S.A. Only Subaru and Mini posted sales increases in 2008. How ’bout all the European brands? Find out below in another Tuesday Top 5.

—–
#5- Volvo: 73,102
Ranked thirteenth among American-owned brands, Volvo cracks the Top 5 European sellers despite an absolutely wretched year in U.S. showrooms. Volvo sells just one SUV, and it’s a softie, but the cars aren’t exactly known for fuel efficiency. Plus, they’re three-quarters of the way to luxury. In other words, a recession mixed with high fuel prices hurt Volvo.
#4- Audi: 87,760
During some months of 2008, this VW luxury subsidiary looked like it might have the legs to post improved sales for the year. In the end, all of Audi’s new models combined for small decline of 6.1%.
#3- Volkswagen: 223,128
So close to improvement, Volkswagen made good on a new diesel in the Jetta and the introduction of the Tiguan and Routan to post a small slide of 3.2%. VW’s rude health elsewhere makes up for small American sales issues.
#2- Mercedes-Benz: 225,128
Beaten by its main rival again, Mercedes can take solace in one figure: BMW slid further than Mercedes. Sales decayed by just 11.2% for Daimler, but 15.2% for the better-selling BMW range.
#1- BMW: 249,113

A reinvigorated 3-Series lineup helped propel BMW to tops in European automakers competing in America. One quarter of a million sales isn’t as good as last year’s total which neared 3/10ths of a million…. but BMW can remain content that they’ve weathered the storm and are well positioned to continue toppling Mercedes-Benz in the U.S.A.
More GoodCarBadCar.net Top 5 posts
Safety in the Toyota iQ
Most Stolen Vehicles in Canada
Least Likely Modified Cars
Turkeys of the Year
Reasons to be Thankful