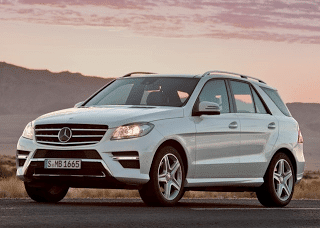 Pickup truck nameplates made up barely more than 13% of the 30 best-selling vehicles in Canada in February 2012. Yet these four trucks – Ford’s Series, Dodge’s Ram, and GM’s Silverado and Sierra – accounted for 15% of all new vehicle acquisitions in Canada last month, slightly more than they did one year ago.

Passenger cars, their February leader being the Hyundai Elantra, made up just under half of the Top 30, 14 to be precise. There are two minivans and ten utility vehicles. Only seven vehicles on the list suffered year-over-year declines in February 2012, a symptom of an overall market which climbed 11% to nearly 107,000 new vehicle sales. Worst off was the soon-to-be-replaced Ford Escape, sales of which slid 16%. The Dodge Grand Caravan dropped 15%. No increase was better than the Toyota Camry’s 250% leap. Jeep Wrangler sales more than doubled. Toyota Sienna sales jumped 56% and the Nissan Rogue was up 55%.

After the list of February 2012’s 30 best-selling vehicles in Canada you’ll see how the 20 top sellers compared with the rest of the market in the market share pie chart. To be frank, they didn’t fare as well as normal. In January, for example, the 20 most popular vehicles were worth 48.8% of all new vehicles sales. Yet in February, the 20 best-selling vehicles in Canada only owned 48% of the market. You can find monthly and yearly sales figures, Canadian and U.S. data, for these popular models and every other nameplate on sale by accessing the dropdown menu at the top right of this page or on GoodCarBadCar’s Sales Stats home.