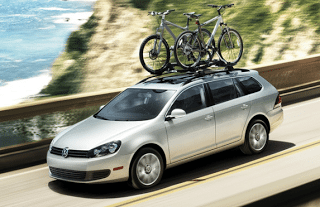 The Ford F-Series ended 2011 with 4.6% of all new U.S. vehicle registrations. That figure fell to 4.2% in January 2012. F-Series sales were, however, better this January than they were in January 2011. And the F-Series’ stability at the top of the heap in this best-selling vehicles list was well-grounded – the Ford beat the Toyota Camry by more than 10,000 sales and beat its nearest pickup truck competitor, Chevy’s Silverado, by 11,463 units.

Ford’s famed truck is one of five pickups on this list of America’s 30 best-selling vehicles from January 2012. There are 17 traditional passenger cars and eight SUVs/crossovers. This leaves not a single minivan, the most popular of which was the 31st-best-selling vehicle in America. Dodge sold 8094 Grand Caravans in January, 221 fewer sales than Ford managed with the Edge.

14 of the 30 best-selling vehicles in the United States hail from America, whether they’re built here or owned by companies based here or not. Twelve are Japanese, including America’s best-selling car and America’s best-selling SUV, the Honda CR-V. This leaves the Kia Optima and Hyundai’s Sonata and Elantra as Korea’s representatives as well as the Mexican-built German, Volkswagen’s Jetta.

1398, or 13%, of Jetta sales are actually Jetta SportWagens. The wagons are not nearly as related to the Jetta sedan as they are to the Volkswagen Golf hatchback. Jetta sedan sales were down just 1.8% in January; the wagon brought the year-over-year percentage change of the whole Jetta nameplate down with its 18.6% drop. All-non Jetta Volkswagens reported year-over-year increases last month. The Jetta remains the brand’s best seller, of course, with 40% of all Volkswagen USA sales in January.

These are America’s 30 most popular vehicles. Check the links after the table and market share chart for a look at pertinent GoodCarBadCar links to best seller posts.

Source: Manufacturers & ANDC
Red font indicates year-over-year declining sales
* Prius breakdown by variant
Accord sales are Accord sedan and coupe only, no Crosstour, only 921 of which were sold anyhow.