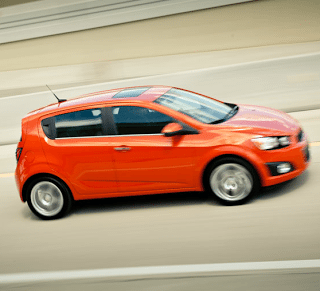 4.1% of all new vehicles sold in the United States in February 2012 were Ford F-Series pickups. Year-over-year, F-Series sales jumped 26%. The overall market’s growth was beyond decent – 15.7% to be precise – but the F-Series far outpaced that figure, quite clearly. Through two months, F-Series sales are up 17% compared with early 2011.

America’s best-selling car, the Toyota Camry, reported 27% increases, enough to take the midsize sedan to 34,542 sales and second place overall. America’s favourite SUV/CUV, the Honda CR-V, was up 30%, good for 24,759 sales and sixth spot on this list of the top 30 best-selling vehicles in the USA. America’s top-selling minivan, the Dodge Grand Caravan, finished February 1110 sales ahead of the Kia Optima, thereby nabbing 24th spot. If they were one vehicle, which they will be, the Grand Caravan and Chrysler Town & Country would have formed the 10th-best-selling vehicle in America last month.

13 of the top 30 vehicles wear Detroit badges. There is one German, the Volkswagen Jetta. Jetta sedan sales, by the way, rose 11% in February. Volkswagen Passat sales reached 8189 units, not enough for the top 30 (the Passat finished 41st), but more proof that the cheap…er VeeDub approach is working. February 2012 was Volkswagen of America’s best February since 1973. Back to the subject, 12 Japanese cars made the list. That leaves the four Koreans, none more popular than the 17th-ranked Hyundai Sonata.

These were America’s 30 most popular vehicles in February 2012. Below the table you’ll find a market share pie chart and pertinent links to other February best seller lists. The dropdown menu at the top right of this page allows you to access detailed monthly and yearly sales figures for these 30 nameplates and every other model currently on sale in the United States. It’s a great resource. And a fun way to waste time.