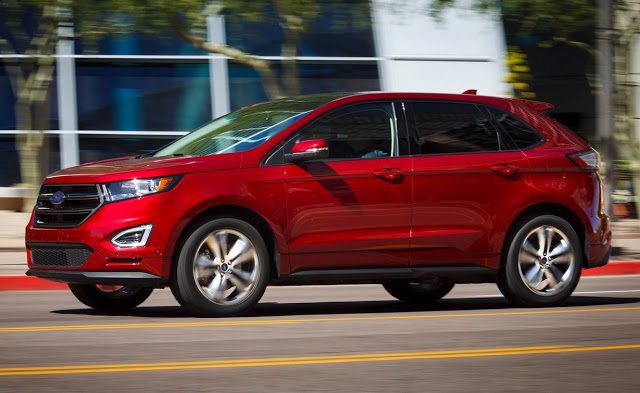 The Ford F-Series reigned supreme as America’s best-selling vehicle line in April 2017 despite a minor 0.2% downturn. F-Series sales are up 7% this year.

The Honda CR-V, America’s top-selling utility vehicle in April, trails the Nissan Rogue on year-to-date terms but outsold every other SUV/crossover and every car in April 2017. CR-V sales rose 13% last month and are up 27% this year.

The Toyota Camry tumbled 8% in April 2017 and is down 12% so far this year – not dropping as fast as the segment it leads – and was America’s sixth-best-selling vehicle last month. The best-selling Toyota was the RAV4.

Compared with April 2016’s edition of this top 30 best sellers list, the Ford Edge and Hyundai Elantra stepped in to fill the void left by the Honda Odyssey and Dodge Gand Caravan.

We’ve already published April lists for the 20 best-selling cars, 20 best-selling SUVs and crossovers, and complete figures for every pickup truck, links to which you’ll find above. Throwing all those vehicles into one group results in this list of the 30 best-selling vehicles overall. We end up with five pickup trucks, 12 cars, and 13 utility vehicles.