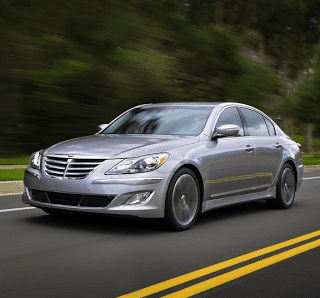 “Premium” isn’t hard to define as a word. But as a vehicle type, the premium segment has borders which grow and shrink depending on who is doing the defining. If any of the vehicles on this list of Canada’s 30 best-selling luxury vehicles fail to fit your definition of premium, know that the next-best-selling candidates were, in order of total volume, the Audi A6, sedan-only-no-wagon-for-us Acura TSX, Volvo S60, Porsche Cayenne, and Audi A7.

As is readily apparent from the absence of red font, Canada’s most popular luxury cars and SUVs were, for the most part, more successful in January 2012 than they were in January 2011. That goes for the top-selling BMW 3-Series, up 58% year-over-year, and 18 others on the list below. Three of the 30 best-selling luxury vehicles in Canada weren’t on sale at this time last year. The BMW X1 ranked eighth, Land Rover’s Range Rover Evoque finished January in 21st, and the $30,950 Lexus CT200h finished just ahead of the $42,150 Lexus ES350 in 29th.

Remember, Hyundai Canada separates Genesis Coupe and sedan volume, unlike the way Hyundai USA reports. Were Hyundai Canada to follow the U.S. method, the whole Genesis family would rank 17th with 164 sales. But the Hyundai Genesis Coupe isn’t exactly premium, and the Genesis sedan found only 45 buyers in January.

German brands accounted for more than half of Canada’s 30 best-selling luxury vehicles in January 2012. That’s not a shocker: Mercedes-Benz, BMW, and Audi were Canada’s first, second, and third-ranked premium divisions in January, and Audi was 691 units ahead of fourth-ranked Lexus. Pertinent links to related posts can be viewed below the table. Monthly and yearly sales figures for all these nameplates can be accessed through the dropdown menu at the top right of this screen or on the Sales Stats page.