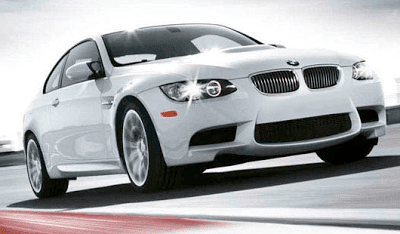 The best-selling luxury vehicle in America in January 2012 was the BMW 3-Series. But we say that almost every month, so let’s move on.

A 56.4% year-over-year increase wasn’t enough for the Mercedes-Benz C-Class to catch the 3-Series, mainly because the 3-Series managed to improve upon last January’s sales despite the fact that most buyers would presumably rather wait until the new 3-Series sedan is widely available. It appears we haven’t moved on from the 3-Series subject, so let’s try again.

Among larger luxury sedans, the Mercedes-Benz E-Class came out on top in January, beating the BMW 5-Series by a wide margin. The Lexus RX was America’s favourite premium utility vehicle, another common refrain. The Cadillac SRX was tops among American-badged entries. No Lincoln candidate appears until the 21st spot. The MKX followed the 21st-ranked MKZ closely; there was only a 12 unit difference.

There are twelve German vehicles in the top 30 (and seven in the top twelve). There’s one Korean, and some would argue whether it deserves to be included. This leaves one British beast, two Swedes, and nine Japanese vehicles: four from Lexus – including the CT200h – three from Acura, and two from Infiniti. If the list were to continue, the next-best luxury vehicles happen to be the Porsche Cayenne, BMW 7-Series, Infiniti FX, Acura RDX, Lexus GX, Audi A5, and Audi Q7.

GoodCarBadCar began tracking America’s best-selling luxury vehicles in January 2011. It’s worth looking back to see how things change in a year. Links to past editions can be found at the bottom of this post. Monthly and yearly sales figures for all these models and every other nameplate currently on sale in North American can be accessed through the dropdown menu at the top right of this page, as always.