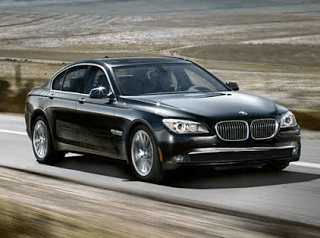 Compared with February 2011, sales of the Infiniti M lineup slid 2%. Fortunately for Infiniti, February 2011 sales were pretty decent, good enough for 29th among premium vehicles. With a drop of 28 units in one year later, M sales were still high enough to stick on America’s list of the 30 best-selling luxury vehicles in February 2012. But only just.

Incidentally, in 29th spot, just ahead of the M37/M56/M Hybrid, sits Infiniti’s QX56 jumbo SUV. QX sales jumped 29% in February. The market as a whole climbed 16%. Infiniti landed one other car among America’s favourite 30 premium vehicles: the G25/G37 duo in third spot, 265 sales ahead of its Mercedes-Benz C-Class rival.

Along with the three Infinitis, Japan’s two other premium automakers, Lexus and Acura, contributed eight vehicles. The most notable vehicle among them would be the Lexus RX, the best-selling luxury utility vehicle in February. RX sales slid 12% and are down 13% through the first two months of 2012.

Cadillac and Lincoln found their way in to the top 30 with the SRX, CTS, MKZ, MKX, and Escalade. This left room for the Hyundai Genesis – presumably only around 1000 of which are true Genesis sedan luxury vehicles, based on Canadian breakdowns – and two Swedish-Chinese Volvos. There are no Brits but there are 11 Germans, including the best-selling luxury vehicle in America, the BMW 3-Series. Sales of the 3er shot up 66% from February 2011’s 4872 when, strangely, the BMW ranked fifth among premium vehicles.

Detailed sales info for all 30 luxury vehicles can be found below. Pertinent links can be clicked at the bottom of this post. Find monthly and yearly sales figures for these models and every other nameplate currently on sale by accessing the dropdown menu at the top right of this page.