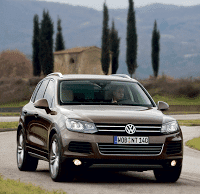 Establishing the borders of the vast luxury vehicle region isn’t easy. GoodCarBadCar.net has made some pronouncements before, so have a read. Exceptions to the “premium brand only” rule include the Hyundai Genesis, Chevrolet Corvette, Nissan GT-R, Dodge Viper, and Volkswagen Touareg. There’s no doubt, these vehicles intend to compete in a high-end region.

Besides the Genesis, Touareg, and declasse Acura CSX, there are 27 other top-selling luxury figures listed below. Of the Top 30 Best-Selling Luxury Vehicles in Canada from January 2011, nearly half suffered declining sales compared with January 2010. With a 23.4% increase, the Audi A4 came within 59 sales of becoming Canada’s best-selling luxury vehicle… for a month. Instead, the BMW 3-Series continued its reign. In 2010, there were more than 14,000 3-Series sedans, coupes, convertibles, and wagons sold.

Lexus was close behind in January with the RX. The best-selling non-German luxury car was the Cadillac CTS, though CTS sales slipped slightly year-over-year. Not until the seventeenth-ranked Infiniti G do Japan’s cars rank. Further down the list you’ll see another Japanese luxury car, the Acura TL. TL sales fell 69% from December 2010, but apparently December-to-January TL decreases are expected. From December 2009 to January 2010, TL sales fell 75.6%. TL sales were actually stronger last month than in the same period of 2010. With a bit of a redesign, TL sales might enjoy a boost.

Until then, be impressed with gains made by Acura TL alternatives, like the 68.4% bump enjoyed by the BMW 5-Series.