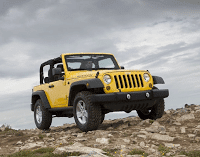 Just like we did for Canada’s 2010 Year End Best-Selling Cars list, Canada’s Best-Selling SUVs list has been expanded from 10 to 20 for this special edition. Just as it has been in every month in which The Good Car Guy has kept track in 2010, the Ford Escape is Canada’s most popular SUV. Call’em whatever you like – CUV, crossover, sport-ute, 4×4 – the various vehicle categories which produce eligible vehicles for this list aren’t going away any time soon. Fortunately for Ford, the Escape is wildly popular even in the twilight of its life. Haven’t seen its replacement yet? The Ford Vertrek Concept from Detroit is gorgeous.

Down in December, the Hyundai Santa Fe’s progress through the prior eleven months solidified the capable Korean’s status as Canada’s #2 utility vehicle for 2010. #1 in America, the Honda CR-V would’ve needed another 18,109 sales to topple Ford in Canada. Meanwhile Chrysler Canada, perhaps competing with the softest and most wagon-like in this Top 20, could improve on 2010’s totals with the advent of much-improved engines and interiors in the 2011 Dodge Journey.

Unlike Canada’s best-selling cars list for 2010 in which only one luxury nameplate wedged its way in, three luxury brands placed utility vehicles on the best-selling SUVs list. Lexus RX sales fell 17%, but Acura MDX sales were level and Mercedes-Benz GLK sales jumped 17%. The GLK-Class Benz held off the Volkswagen Tiguan, Mazda Tribute, Honda Pilot, and GMC Acadia for 20th spot.