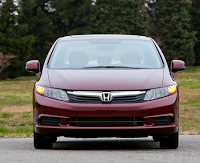 For a special car, couldn’t we make special exceptions and turn April 2011’s 20 Best-Selling Cars In Canada list into a Top 26? For which car would we be altering the format?

With 889 sales, the Good 12-winning Fiat 500 was Canada’s 26th-best-selling car in Canada last month, ahead of the Dodge Avenger, Honda Accord, Toyota Yaris, Audi A4, and Nissan Altima; but behind the Chevrolet Impala, Subaru Impreza, Mazda 2, Kia Soul, Chrysler 200, and the 20 cars you see in the table below.

Any attention we pay to the little  Cinquecento, however, is attention that isn’t given to Canada’s most popular car, the outgoing 2011 Honda Civic/incoming 2012 Honda Civic. The Civic’s 1.5% decline in April 2011 may not seem like much once parts supply issues hit the Alliston, Ontario, plant… and then dealers. Through four months, 2011’s best-selling car is the Civic, despite the Hyundai Elantra’s blistering pace in January and February. Honda’s lead over the Hyundai currently stands at 2653 sales. Incidentally, Hyundai Canada’s been making a big deal out of selling more passenger cars than any other automaker. Evidence of that can be seen in the seventh and eighth positions of the list below. Ford, Canada’s best-selling auto brand, is the only other company with multiple vehicles in the top ten; yet both of those cars trail all three of the Hyundais.

Finally, look who found the way back to a  Canadian best-seller list: the Toyota Camry. Sales of America’s best-selling car dropped 26.3% in Canada in April, but that wasn’t enough to place the Camry behind the Chrysler 200. Keep in mind, Volkswagen Golf sales include the GTI. Without the sporty Golf, sales of the VW hatch totalled 1169, down 35.7%. Also, two of the Chevrolet Cruze’s 4017 sales were Cobalts.

The 20 Best-Selling Cars In April In Canada are as follows.