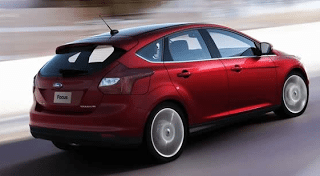 The Toyota Camry, recently revamped, was the best-selling car in America in February 2012. 34,542 Camrys were sold. That’s up 27% from February 2011 when the Camry was also America’s best-selling car. Camry sales are up 39% through the first two months of 2012. The midsize Toyota’s lead over its nearest rival, the Nissan Altima, is now 7527 units. Yes, it’s starting to look insurmountable for the Altima, Accord, Cruze, Focus, Civic and the gang. And it’s only the beginning of March.

With necessary Camry out of the way, you’ll find America’s best-selling small car in third spot. As much as Ford touted the Focus’s massive gains in February, sales weren’t strong enough to catch the Civic. In fact, Focus sales weren’t nearly strong enough to catch the Civic, as sales of the Honda compact jumped 42% (in a market that made 15% gains). Take note, another American small car, the Chevrolet Cruze, wasn’t too far back, but before the Cruze came Toyota’s Corolla.

Back in eighth spot, Toyota Prius sales skyrocketed. Of course, the Prius is not just one car anymore. That’s not unlike the Volkswagen Jetta and its rather Golf-like SportWagen. We know that 1144 of the Jetta’s total were wagon-derived. Sales of the Jetta sedan were up 11%; the wagon was down 45%.

Nine of the top 20 best-selling cars in America wear Japanese badges, among them the top three and 60% of the top ten. There are six American cars on the list, four Koreans, and the aforementioned Jetta. Combined sales of the platform-sharing Hyundai Sonata and Kia Optima totalled 28,983, enough for third spot. If, that is, they were the Kyundai Sonima and not a pair of cars sold by two different companies.

The 20 best-selling cars in America from February 2012 are ranked below. Check out last February’s edition here, January’s version here, and keep a close eye on the dropdown menu in the top right of this page where February 2012 data is being added for every model currently on sale, not just the most popular.