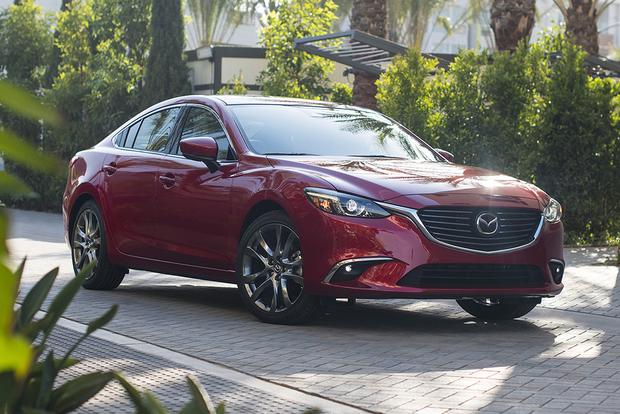 The Toyota Camry continues to restate its dominance atop the passenger car charts in America in February 2017. A 12.2% year-on-year growth in sales for the new model over last February put it a comfortable 5000 sales ahead of its nearest rival, the Honda Civic, last month.

Below the Camry, the sea of red reflects the continuing difficulties faced by the passenger car segment. Only three other models managed year-on-year growth in February – the Nissan Sentra, Ford Fusion and Dodge Charger.

The Sentra was the only Nissan passenger car model to post growth in February; Its 7.1% year-on-year increase in volume is against a backdrop of a 17.2% overall decrease in Nissan car sales in February.

It’s a similar story for the Ford Fusion – 1.3% year-on-year growth for it, but overall passenger car sales at Ford Motor Company fell by 12.3% year-on-year, just under twice the rate at which FMC’s overall sales fell. The Dodge Charger, too, managed its 9% year-on-year increase as Dodge sales fell 8% year-on-year.