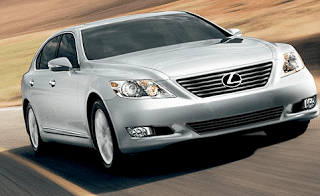 Canada’s worst-selling cars in February 2012 were either boring luxury sedans or unique hybrid and electric cars. Okay, admittedly, there were some other vehicle types which sold poorly in February 2012, or at least sold substantially slower than they did in February 2011. But the vehicles which gained attention for being the worst of the worst are cars like the Volvo S80, Lexus LS, Acura RL, Chevrolet Volt, Honda Insight, and Honda CR-Z.

Each vehicle appearing on GoodCarBadCar’s list of the Top 10 worst-selling cars in Canada in February (there are 23; you’ll figure it out when you look at the tables below) has a reason for being here. That’s not to say automakers would prefer their cars sell in low volumes or in lower volumes than they did last year. It’s just that some cars are going to be here and most aren’t, and the ones that are here are here because, in the Volvo S80’s case, it’s a hard sell when Volvo Canada really only pushes crossovers and their two less expensive cars. The S80 seems as dead as the S40 and V50. Canada prefers German luxury cars, and in the most exclusive luxury car segment, the Lexus LS isn’t German. The Kia Sedona isn’t a Dodge Grand Caravan, which instantly means sales will be few. Even the Toyota Sienna and Honda Odyssey grab very little market share in Canada. The Lexus LX570 is about $10,000 more than the Mercedes-Benz GL. Honda’s CR-Z wasn’t a hit, and that was before the Hyundai Veloster arrived. Jeep’s Liberty is regaining momentum in the U.S.; perhaps all the production is kept below the border. The Acura RL may be the most boring premium car on sale today. Porsche’s Boxster and Cayman are at the end and nearing the end, respectively, of their current generation. The Chevrolet Volt, Nissan LEAF, and Mitsubishi i MiEV were never going to be anything but an unlikely purchase for the majority of Canadians in early 2012. Perhaps sales are slightly slower than expected, nonetheless. The hot-selling Toyota Prius C they ain’t. The second-gen Honda Insight has never been anything but a sore loser in the presence of the Toyota Prius. Kia’s Soul registered a victory in the W column a long time ago when it arrived on North American shores with a better price and sportier driving experience than the Nissan Cube. With the less expensive Grand Caravan coming from the same plant and same platform, there’s no way the Volkswagen Routan can be successful in Canada’s value-driven market. The Cadillac Escalade EXT is just a part of the overall Escalade family – most truck buyers prefer to keep it mainstream, and GM has the Avalanche to satisfy that requirement. The Subaru Tribeca isn’t an Outback, and in a Subaru showroom, if you’re big and not an Outback, you’re ignored. Hyundai would be happy to point out that the Equus was more than three times more popular than the Lexus LS; the Equus has not been and isn’t about to be a much more frequent site on Canadian roads. Finally, the Nissan 370Z, Mazda MX-5, and Mercedes-Benz SL-Class are rear-wheel drive sports cars/GTs at the end of a Canadian winter. The Z has been lackluster for a while, Miata sales were soaring (relatively) in February, and a new SL-Class is about to land in showrooms.

Historical sales figures for all these models and every other new car on sale in North America can be accessed through the dropdown menu at the top right of this page or at GoodCarBadCar’s Sales Stats home.