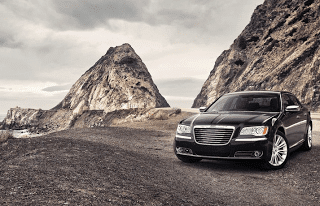 GoodCarBadCar.net’s infrequently updated Worst Sellers section has undergone a bit of a renovation in hopes that this’ll be a monthly addition. Rather than focus solely on the total volume of still-produced vehicles from mainstream manufacturers, the new Worst Sellers style will shine a harsh light on year-over-year percentage declines. This means any vehicle still marketed on their manufacturer’s Canadian website is eligible for inclusion in this list of Canada’s Top 10 Worst-Selling Vehicles in March 2011.

It just so happens that most of them, having lost significantly more than half their sales, are super-low-volume players.

No automaker wants to find one of its cars on this list. Some have excuses, excuses The Good Car Guy doesn’t really want to hear about. Chrysler is having problems getting the 2011 300 to dealers. That shouldn’t be used as an excuse, it’s what we should call Route 2 to the town of Criticism. Learn to launch. As for the BMW 6-Series, a new big BMW coupe is on its way. Again, it’s worth noting that other automakers have maintained demand up until the new version is introduced in showrooms. Besides, your vehicle’s presence in the Worst Sellers list below is worsened by attempts to explain it away. And, generally speaking, those attempts to explain point to separate internal failures.