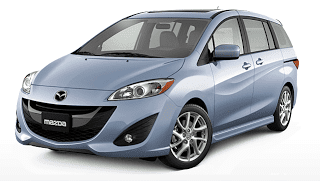 “Worst” is such a nasty word. There are no positive connotations attached. Few people are such terrible linguists that they’d frame Sidney Crosby as the best hockey player in the world by saying, “He’s the worst at being a bad hockey player.” No, worst is just nasty and unkind. And some will argue, in the context of new vehicle sales, categorizing the worst is an unnecessary activity.

In terms of surprises, these lists rarely have any. March 2012 U.S. sales figures, however, are different. The Mazda 5? That seems surprising, at least at first glance. Few vehicles compromise so nicely. Yet perhaps that’s the Mazda 5’s problem, that with so many well-done compromises, the mini-minivan does nothing perfectly. Since January 2011, Mazda 5 sales have fallen on a year-over-year basis eight times. Mazda 5 sales dropped 17.3% from February despite the fact that the overall new vehicle market was 22.2% stronger.

Numbers don’t lie, but they often exaggerate, deceive, and mislead. So before you assume the worst about Porsche’s Boxster, remember that Boxster availability is nearly nonexistent and that the new Boxster looks to be the best yet. Before you assume that the Nissan GT-R’s days are done, remember that the market for $100,000 sports cars fluctuates wildly – GT-R sales shot up 220% in March 2011 from March 2010’s 87 sales. Of course, some vehicles really are just poor sellers. The Suzuki Kizashi was deemed undesirable by the 99.96% of new vehicle buyers who opted for something else in March 2012.