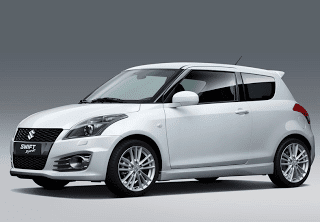 There are hundreds of reasons vehicles end up appearing on GoodCarBadCar’s worst-selling vehicles list. The all-electric Mitsubishi i is niche to the nth degree and, besides, it’s hardly spent any time on the marketplace. The Lexus GS is at the end of its lifecycle. The Chevrolet Caprice is a vehicle meant for police personnel only. The $34,350 Volkswagen Eos is a premium-priced convertible, barely mainstream, but is four times more popular than anything on the all-inclusive worst-selling vehicles list. The Scion iQ just went on sale and hasn’t had time to ramp up.

There are, however, other worst-selling cars that are simply unsuccessful. The Suzuki Kizashi grabbed just 253 consumers in January 2012. It’s not as though the Kizashi was a successful vehicle in January 2011 when only 940 were sold. Seven cars in the Kizashi’s segment sold more than 10,000 copies last January. And say what you may about how March’s Tohoku earthquake affects Honda volume, the Insight has never been a hit. America’s 18th-best-selling car, the Toyota Prius, found 11,555 buyers in January, 23 times the total achieved by Honda’s Insight.

The popularity and goodness of a car do not necessarily correlate. Neither does the populace’s aversion always attach itself to the badness of a car. Remember that when you’re scanning the tables below.