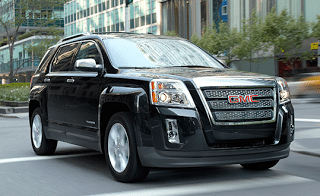 Not since April of last year has any utility vehicle other than the Ford Escape been Canada’s best-selling SUV. In April, the Ford’s nemesis was Dodge’s Journey. In February 2012 the Honda CR-V was the best-selling SUV in Canada. CR-V sales are up 43% this year, out-selling the Escape by 194 units through two months.

Escape sales, of course, have tumbled as inventory dies down and Ford customers wait for the brand spankin’ new Escape, the first truly all-new Escape since the first all-new Escape. When the 2001 Ford Escape went on sale, not a single auto industry observer would have predicted that thirteen model years later, the Hyundai/Kia group would sell 22% of the vehicles sold by Canada’s 10 best-selling SUVs. Nor would a single auto industry observer have predicted that 30% of the nameplates in the top 10 would be Hyundais and Kias. The next Hyundai Santa Fe has been more than teased on Twitter. It’s worth a look.

Four of the ten best-selling SUVs and crossovers sold in Canada last month wore Detroit badges. One member of the top 10 is a traditional sport-utility vehicle. Find sales figures for true SUVs and fake SUVs and every other nameplate on sale today by accessing the dropdown menu at GoodCarBadCar’s Sales Stats home.