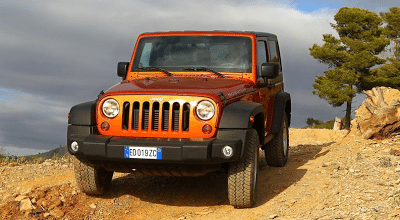 15% of all new vehicles in Canada in August 2011 are represented in the chart below. Canada’s 10 best-selling sport-utility vehicles and crossovers, seven of which reported increased year-over-year sales last month, form the core of a hugely influential group in the Canadian automotive landscape. Of course, the most popular SUVs, particularly the smaller sort – Ford Escapes and Honda CR-Vs and Nissan Rogues – aren’t as popular as Canada’s best-selling trucks. Then again, neither are Canada’s best-selling cars.

Half of this month’s list is made up by U.S. utility vehicles. There are three Japanese utilities, one each from Honda, Nissan, and Toyota. The two Koreans, similar vehicles built by Hyundai/Kia, together combined for an 18% year-over-year increase. Speaking of combos, the GMC Terrain missed out on the Top 10 by just seven units. Together with the Chevrolet Equinox, GM’s twins found 3350 buyers in August 2011, enough to place GM in second spot.

The Jeep Wrangler remains a part of Canada’s best-selling SUV group. Not since February has the Wrangler missed out on membership here. The Wrangler was fourth in July, sixth in June and May, seventh in April, and tenth in March.

The Ford Escape was the best-selling SUV in Canada in August 2011. Its nine closest followers can be seen in the table below.