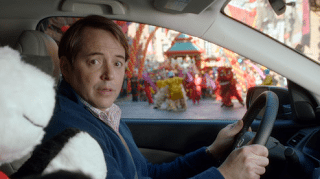 America’s 10 favourite utility vehicles were distinctly more popular in February 2012 than they were in February 2011. SUVs and CUVs and crossovers like the Jeep Grand Cherokee, Honda CR-V, and Nissan Rogue all reported significant year-over-year improvements, the kinds of increases that outpaced the American new vehicle market’s 15% growth.

This isn’t tremendously surprising. It’s scarcely been an hour since GoodCarBadCar.net published brand-by-brand rankings which showed nearly every automaker reporting better sales this year than last. America’s best-selling cars were then revealed to be, well, on a hot streak. Nevertheless, there’s an impression among casual observers that so-called SUVs, even when they’re softened as supposed CUVs, are the sort of gas-guzzling vehicles Americans will reject when push comes to… pump.

Then again, effiency gains have been made with 4-cylinder vehicles like the Honda CR-V. Even the Jeep Wrangler’s more powerful V6/5-speed automatic combination is a fuel saver. And new car buyers will do their best to avoid minivans, regardless of how much better a minivan will perform a given task.

By the end of February, the Super Bowl-advertised Honda CR-V was the best-selling SUV in America. Its two-month lead over the second-ranked Ford Escape is now 7794 units. In the battle of iconic, reinvigorated domestics, the Grand Cherokee finished February 2284 sales ahead of the Ford Explorer. The Jeep leads the year-to-date battle by 3001 sales.

The top 10 best-selling SUVs in America are ranked below with detailed sales info. See how their respective brands fared here, and scroll through the dropdown menu at the top right of this page over the coming hours and days to see detailed sales info on every model on sale in North America.