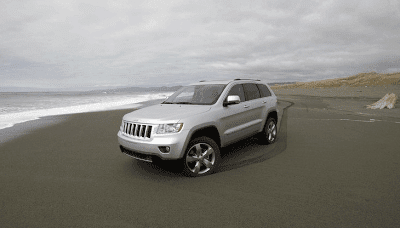 Starting out the year right where it left off 2010, the $21,695 2011 Honda CR-V was America’s best-selling utility vehicle in January 2011. Obviously the CR-V isn’t the newest edition to the small SUV arena, nor is it the flashiest or most powerful or most fuel efficient. But becoming as much of an American mainstay as the Toyota Camry or Chevrolet Silverado isn’t easy in one of the busiest automotive sectors in North America. Honda’s done something right with the CR-V and with their marketing thereof.

There was more up and down movement among America’s best-selling SUVs in January than in many months. As you’ll notice by the arrows in the status column, only two vehicles maintained their positions. Jeep Grand Cherokee sales were up 129.9% from January 2010 but down nearly 40% from December, a good way to fall from fifth to ninth position. Nissan Rogue sales were up 72% over last January; Chevrolet Traverse sales jumped 50%; and the #1 CR-V increased at a rate of 69% while dropping 29% from December in a market which fell to 819,938, a 28.4% decline.

Of course, none of The Good Car Guy’s favourites are on this list. Nevertheless, one such favourite, the Nissan Juke,  theoretically added 3095 to Nissan’s small utility vehicle tally as the $20,830 2011 Nissan Rogue seems unaffected by the introduction of a new baby in the family.