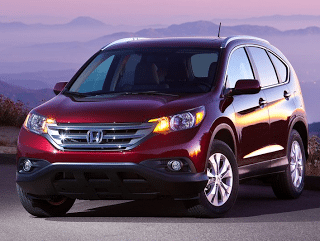 If you reject all other signs of optimism emanating from America’s automotive industry, make sure you pay attention to this one. Last month’s six best-selling utility vehicles – let’s just call them SUVs – were all more popular in January 2012 than they were in January 2011. And no, that’s not the norm.

2011’s year end best-selling SUV list showed two of the top six with year-over-year declines. But 2012 began well for those two, the Honda CR-V and the Toyota RAV4, just as it did for the outgoing Chevrolet Equinox, Jeep Grand Cherokee, Ford Explorer, Nissan Rogue, and Ford Escape.

Speaking of the Escape, no year-over-year increase is perhaps more notable. The current Ford Escape is seemingly decades old and, if only consumers would wait, it’s about to be much, much better. Yet Escape sales are on the rise.

That said, Ford ended 2011 pointing out that the Escape was America’s favourite SUV, but 2012 did not begin the same way. Not surprisingly, Honda CR-V sales are booming. Honda just launched the all new CR-V, beating the new Escape to the punch by mere weeks. Expect to see the two battling it out for top spot over the coming months, maybe even the coming years. It’s hard to imagine a vehicle with the fuel-guzzling ability of the Jeep Grand Cherokee, with the price of a Grand Cherokee, topping the popularity of four-cylinder utility vehicles which enter the market closer to $20,000 than $30,000.

Sales figures for every nameplate currently on sale in North America can be found by accessing the dropdown menu at the top right of this page. That includes sales figures for the ten vehicles you see below, America’s best-selling SUVs from January 2012.