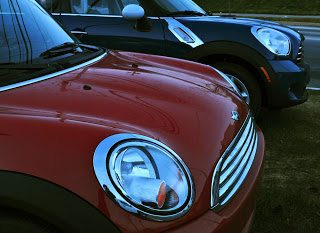 For the second month in a row, the 2011 Volkswagen Jetta was the best-selling European car in Canada. Talk about a quick turnaround: in September, Volkswagen Canada sold 867 Jettas. In November 2010, Volkswagen Canada sold 2086. What happened? Apart from introducing a completely new model, VW.ca shows a $6300 price drop from MY2010 to MY2011. Buyers would have to be willing to make major sacrifices in power and equipment to enjoy the 2011 Jetta’s $15,875 base price, but judging by the new car’s success, Volkswagen got something right.

Is the new Jetta nibbling away at sales of the Volkswagen Golf? Sales of the Golf fell 18% in October but had been up 41.7% in September and 35.2% in August before the new Jetta took hold. In fact, the Golf had been out-selling the Jetta by some measure. Year-to-date, the Golf/GTI has out-sold the Jetta by 4663 units. But there’s one important calculation left. Although Volkswagen Canada should be content to sell the more expensive Golf (base price of $20,475, $4600 more than the Jetta’s base price) more often, combined Jetta/Golf sales were 3155 in November but just 2282 in August and 2329 in September. Selling more cars is generally assumed to be a good plan for manufacturers which build cars. Volkswagen is doing just that.

Pay close attention to November 2010 Mini Cooper sales, up about 29%. The $27,850 2011 Mini Countryman has arrived and will likely kick into full sales swing in January. Will the regular Mini Cooper, Mini Cooper Clubman, and Mini Cooper Convertible be affected? Watch this space. These are Canada’s Top 10 Best-Selling European Cars from November 2010.