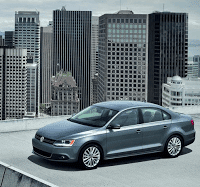 It may be that BMW’s 5.5% growth of 3-Series sales in 2010 meant more buyers had already done their shopping. A4 sales in Canada are up 24.8% through the end of October. The Audi A4 Avant was once a member of The Good 12, for the record. Last year, the whole BMW 3-Series family made it into the big show.

Of course, all this takes away from the 2011 Volkswagen Jetta’s big news. This is something wonderful to write home to Wolfsburg about – Jetta sales jumped 130.1% from October 2009; up an even more impressive 157.7% from September 2010. October will certainly go down as a memorable month for Volkswagen sales reps in Canada. The 2011 VW Jetta is currently Canada’s best-selling Japanese car.