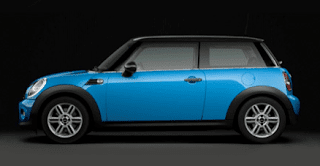 With 5917 total sales Mini was Great Britain’s 11th most popular brand in June 2011. 1139 of those sales occurred on the Countryman side of the showroom. The remaining 4778 sales were of the regular Mini hatch, and that was enough to move the Mini up from eighth to seventh on this list of the 10 best-selling cars in the UK. BMW had two other properties on the best sellers list, the 3-Series (up 4% in June, year-over-year) and the 1-Series, the only entrant on June’s list that wasn’t present on May’s.

The Volkswagen Passat, therefore, has been knocked off. Volkswagen’s Golf moved from third to sixth even as, compared with June 2010, Golf sales jumped 23%. Though the British new car market fell 6.2% in June, according to SMMT, Vauxhall’s hit was even harder. The British GM division slid 21.8%. That decline is apparent on this best sellers list where Vauxhall’s two most popular models, the Corsa and Astra, were down 19% and 46%, respectively. The Insignia, a Buick Regal twin, was up 45% and moved from ninth position on this list last year to fourth in June 2011.

And, as per the norm, the Ford Fiesta was Britain’s best-selling car in June. Sales of the Fiesta were up 7%. The #2-ranked Focus’s gains were even greater at 17%. The Ford brand was up 3%.