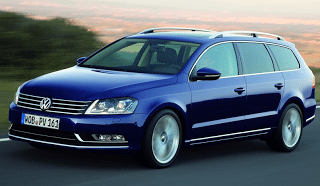 Britain’s new car market was mostly level in April 2011, though first impressions disagree with that statement. Remove scrappage scheme volumes from April 2010’s tally and last month’s results were better than expected. Overall, 137,746 new vehicles were sold in the homelands of Wills and Catherine of Cambridge, down 7.4% from the same period of the year before. The Ford Fiesta, America’s 19th-best-selling model in April, made up 4.9% of those sales. Although the Fiesta’s volume was greater in the United States, its U.S. market share was just 0.78%.

Nevertheless, it’s interesting to see that the U.S. market – in which Ford sells two Fiesta bodystyles and offers just one engine – is now more important for the Fiesta than its traditional bastion of prosperity. In Great Britain, you see, Ford sells the Fiesta in 3-door and 5-door configurations with eight different engine options and six trim lines. At first glance, it seems as though the profit centre for the Fiesta is now the U.S.A., based not only on volume but on build complexity.

There were popular cars in the UK in April not badged with a Blue Oval. Three members of this month’s Top 10 Best-Selling Cars In The UK list were Volkswagens, another three were Vauxhalls. BMW’s 3-Series, Nissan’s Rogue-like Qashqai, and the Ford Focus filled in the gaps. Ford was Britain’s best-selling brand last month, just 105 units ahead of Vauxhall. The BMW 3-Series may have been the best-selling premium vehicle in the UK in April, but the Audi brand out-sold BMW by 1304 units.