People be lovin’ the Ford Edge. Considering GM’s three Lambda platform CUVs would fit comfortably into the midsection of the Midsize SUVs & Crossovers Graph (Enclave 367, Traverse 562, Acadia 460), the fact that the three couldn’t combine in Canada to out-sell the Ford Edge in June is startling.
The sales volume of large SUVs may be small in Canada, but one look at the figures and it ain’t hard to see how General Motors makes money. Along with the four jumbo SUVs in the Graph below, the same platform gives us sales of the Cadillac Escalade, Escalade EXT, and Chevrolet Avalanche. That’s 836 sales of expensive vehicles in a small market, vehicles which aren’t the most costly to build. That’s before you include the not-so-dissimilar pickup trucks. 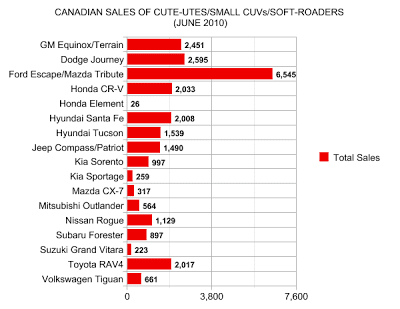 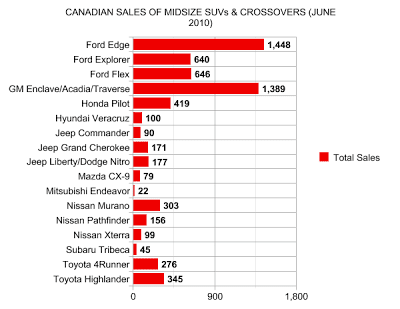 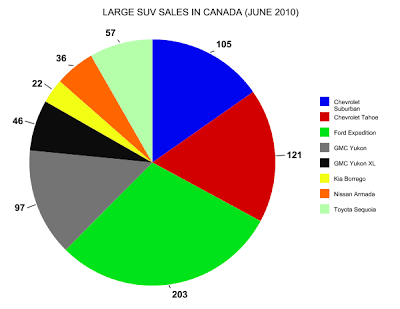