Ah, but this summer will be different. By condensing traditional GoodCarBadCar.net Sales Stat Graphs into posts like this mainstream SUV amalgam, The Good Car Guy will be able to make time for vacation while still providing you with necessary information. You’ve become accustomed to seeing a Graph for Small SUV Sales married to a little bit of analysis from GoodCarBadCar.net, and then the same for Midsize SUV Sales and Large SUV Sales etc. The Sales Stats are still here, they’ve just been congregated into one post. The same will happen for luxury SUVs, luxury cars, mainstream cars, sporting cars, and some other stuff. You’ll survive. 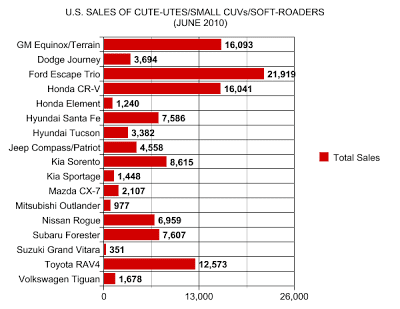 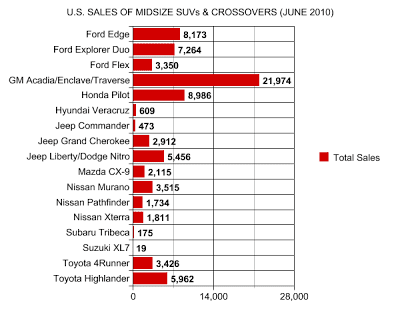 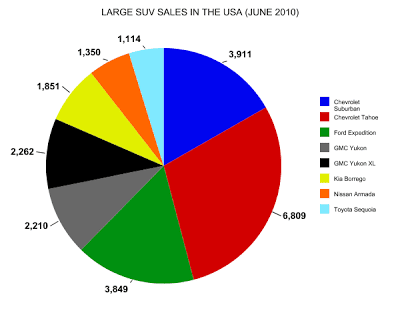 *Correction: Mitsubishi Outlander sales were 982 in June, not 977 as the Graph says. Mitsubishi Endeavor sales in June were 114.