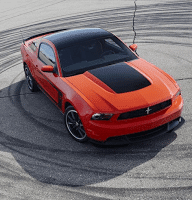 There’s a lot being said about the supposed sports car/hybrid flop from Japan, the Honda CR-Z. While it’s not totally undeserved – the CR-Z could be prettier and a whole lot sportier – is the CR-Z really a flop? I mean, the Pontiac Aztek was a flop. But a Honda, a sporty Honda?

Looking at a car like the Hyundai Genesis Coupe, its 130 sales in November 2010, and its year-over-year increase of  15%, it’s hard to give the CR-Z a break. If Hyundai can still grow Genesis Coupe sales when it isn’t a new model, what’s with Honda not being able to find buyers for a little tech-show runabout like the CR-Z? On the other hand, there ain’t nobody calling the Mazda Miata a flop, and the CR-Z out-sold the Mazda by more than 5-to-1 in November 2010. Then again, the Miata is a convertible… in winter… and it’s ready for a refresh. Should Honda be worried about the CR-Z not taking off? Uh… yeah. In the last four months, CR-Z sales went from 53 to 70 to 82 to 58. That’s not a pleasant trend. But a flop? For a car that was never meant to be anything more than a niche market car, 4636 North American sales in a few short months isn’t all that bad.

Though not a flop, the Nissan GT-R is certainly in a flopping state as we speak. Down 67% in November, the mightily powerful twin-turbocharged Nissan is off 52.3% this year. Can a junior supercar avoid that sort of trend? Isn’t this to be expected? Well, Porsche 911 sales were up in November and are up year-to-date. And the much-more-expensive-and-prestigious-than-a-Nissan Mercedes-Benz SLS AMG is getting close to the point where it’ll be out-selling the GT-R 2-to-1. 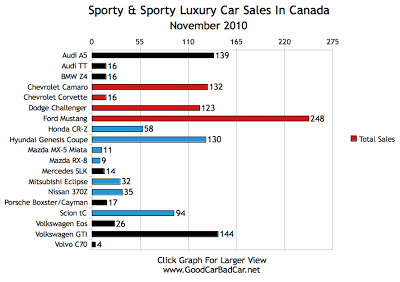 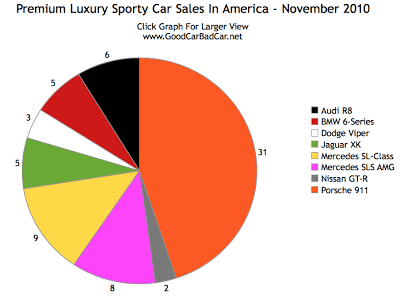