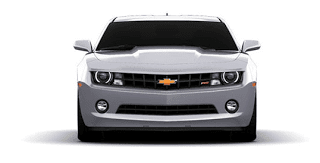 In an effort to clarify matters after The Good Car Guy transferred American Muscle Car Sales data into the two Graphs below, the first group of vehicles separates German sporting cars (black) from American (red) and Japanese (blue). This still doesn’t isolate cars by their competitive sets, but at least it offers further definition in what is otherwise a terrifically crowded category.

The Chevrolet Camaro’s 71-sale victory over the 2011 Ford Mustang in November 2010 expands the Camaro’s year-to-date lead on the Mustang to 7421 units. By the end of December, GM could be looking at launching its target=”_blank”2011 Chevrolet Camaro 11-month sales total of 75,685 to nudge up against the 80K mark, an impressive feat for the former F-body nameplate.

If there weren’t other clues to the comparitive personal wealth advantage many Americans hold over Canadians, the Porsche 911 makes a decent case. 911 sales reached 476 in November 2010, up 20.5% from November 2009. 911 sales are down 17% this year, but selling 5228 copies of a high-end sports car ain’t bad. Meanwhile, Porsche Canada, competing in a market seven times smaller, has sold 1873 vehicles overall; 500 911s in total. If Porsche USA followed Porsche Canada’s lead, there’d only be about 3600 911s sold in the States so far this year.

Find all the pertinent sports car sales data in the accompanying Graphs. 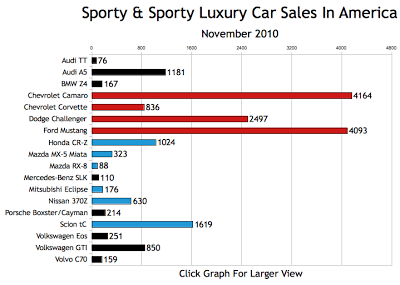 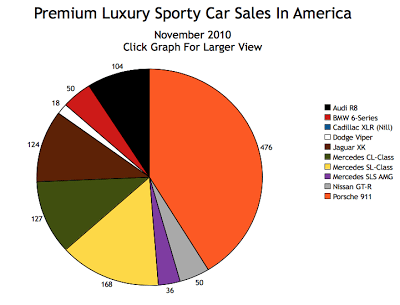